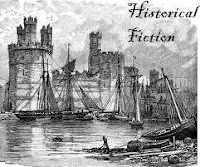 Writers are often asked why they write what they write. After all, the world is full of stories of every genre and type, from the literary to the superficial to the downright burnable (Snooki anyone?). So what is it that brings a writer to their particular form? In truth, it’s a question as deep as what brings one mate to another. Before giving my own particular proclivities to the genre, I thought a general look at its characteristics might be appropriate.

The easy and quickest response is that it brings a flat, anesthetized world into full dimension. I have heard so often from readers that they hated history in school but love learning it through historical fiction. To tell what George Washington accomplished is one thing; to cloth him not only in a brown wool suit but in his doubts and regrets and worries, allows the most crucial moments of the age to come alive. But herein lies the burden of the historical fiction writer, for if we were to put George in a wig instead of his own light brown, powdered and cued hair…to have him swagger with the cock-sure walk of Adolf Hitler…we would be doing a disservice to the history, the genre, and the reader.

Good historical fiction reveals the truth of historical characters, neither all the good nor all the bad, as the history texts would have us know them. Marie Antoinette is known to most as a greedy, hedonistic, materialist, self-centered brat. And indeed those are characteristics applicable to one of the most popular personalities of the past. But no one is born to such physiognomies; they are brought there by either the privileges or the deficiencies of their lives. If you were taken from your home as a young teenager—stripped away from all those familiar and loving to you—forced to marry an equally inexperienced adolescent who had no clue how to love you in a land filled with people who resented your very presence, what might you become? To what methods of comfort might you turn to fill the voids of your life?

Historical fiction, when done properly, not only presents the complexities of issues but does so with multiple perspectives. In the smallest to the most major occurrences in life, there are three versions…perspective a, perspective b and that which is formed by the combination of both. What historical fiction provides is that very view of history. For far too long, only one perspective has been represented in text books, that ignominious creature I call ‘old white man’s history’. For all the accolades and plundering heaved upon Dan Brown’s Da Vinci Code, it brought many to the knowledge that gospels, other than those included in the Bible, exist. How many of them then sought out those gospels, sought out non-fiction books on the subject matter…how many of them came to have a far greater perspective on gospels and the Bible itself because of that work? What a great reward for both author and reader.

It was my ‘voice’ which brought my ‘pen’ to historical fiction. The voice of a writer is the style of their composition, that quality of it that it makes it unique to them. Because of Stephen King’s influence on my early reading, I thought I was meant to be a horror writer. My first published material was indeed short horror. But my attempts at writing a full length novel were, well, horrific, and I failed to finish a one. As my reading moved more and more into historical fiction, I ‘heard’ myself in the words. I heard the formal tone, the serious almost old-fashioned style of my sentence structure…and I knew I was home.

Why historical fiction…for me, the most compelling reason, as both writer and a reader, is that It brings to stark relief the consistency of the human experience…the struggle for survival, against poverty, in war, in socially trying circumstances, in love…and in that consistency, we find solace. We are not alone in our pleasures or our angsts; neither now nor as far back as the pen may reach. We are not alone.

I love reading why other writers are drawn to the things they pen!

For me, I write historical fiction because I love seeing the similarities between now and then. That, despite different mores and political systems and cultural attitudes, people are people. We still fear the same things people feared then, we still hope for the same things, and we still make the same mistakes. Sometimes these things are easier to see against a historical backdrop.

I found that my historical voice is my strongest. I love to write accurate historical novels because I'm at heart a lover and teacher of history. I wish they'd teach history through well researched novels--who could resist it then?

Totally agree, Jessica. I think it accounts for the increased interest in historical fiction during hard times.

Lyn...can you imagine the dynamics of such a classroom? Wonderful! My children have often told me how much more they've learned about history from me and my books than in all their years of school (and both are in college now).