Excerpts: The Effortless and the Arduous Vol. III, Emphasis on Arduous

Looking over my blog after speaking at a book club meeting recently, I realized two things: The first is that I have yet to post an excerpt that I would consider one of my most arduous to write. The second is that I knew exactly which one to post. In The Secret of the Glass, my second book set in Venice about the glass makers of Murano, there is a great deal about loss, my own personal loss, of all types, exorcised through the metaphor of my work. This is just a one. 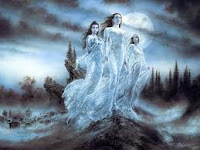 Like hushed ghosts haunting the house, the women glided silently along the narrow passageway to the master’s bedchamber. Viviana opened the door and Sophia snuck a quick look over her mother’s shoulder.

Zeno lay on his back; in his peaceful slumber, there were no clues to the ravaging taking place within his mind and body. Viviana approached the bed, squinting in the dark to get a clear look at her husband. She heaved a heavy sigh, one almost of relief, and touched the back of her hand to Zeno’s forehead. She straightened his bedclothes, pulled the thin white sheet covering his thin body closer up to his shoulders, and sat on the cushioned rocking chair by the bedside.

Sophia watched her mother’s ritual; her sadness at her father’s approaching death changing to that of concern for her mother’s survival. He would move on to another, better place. Viviana must continue without him. She maneuvered to her mother’s side, sitting on the floor in the crook of space created by chair and bed. In the silence she heard her father’s weak breathing and behind it, the muted sounds of morning through the window behind her mother.

“I’m sorry,” Viviana said, her whisper loud in the abyss of stillness parents and child created.

Sophia looked up at her mother with a raised, quizzical brow.

Viviana’s stare remained on Zeno’s still form, though her gaze seemed fixed upon something else beyond.

“I’m sorry for how your life is unfolding, for what waits in store for you.” Her eyes seemed almost black in the pale light. “I know it’s not what you want.”

Sophia swallowed back the lump that formed in her throat, and she felt the tears threatening to bubble over. Her sadness was indiscriminate; it existed for her parents and herself. She leaned forward and rested her head against the cool sheets of her father’s bed. She felt her mother’s hand come to rest upon her back.

“There are many forms of solitude, Sophia. We must all learn to live with our own.”

The bed linens rustled as Sophia nodded against them.

“I am losing my husband. I will be a widow.”

Sophia’s head snapped up. It was the first time she’d heard her mother speak so emphatically of Zeno’s passing. Viviana’s features, captured between the curtains of her lush wavy hair, appeared less determined than usual, her eyes glistened with her tears, yet she held her chin high, unbowed by her fate.

“Yet I am still fairly young, still healthy. There may be many, many years when I walk alone.” The ghost of a smile appeared on her lips, and her low-pitched voice warbled with emotional conviction. “There can be much happiness in our own company. We are all capable of finding the joy within and, in that discovery, we find our true selves.”

In the faint light of candle glow, her mother stroked her father’s still hand with tenderness, smiling down at him as if he looked back.

“What do you think is harder, Mamma,” Sophia whispered, rising up on her knees, and touching her father’s arm, “learning to live without ever knowing true love or living with the absence of a love once known?”

Viviana mused upon Sophia’s words, her head leaning to one side in thought, a wide, fond smile forming upon her lips as she stared at her husband.

“I will have my many, wonderful memories to sustain me.” It was a bitter verdict, but true. Sophia accepted it with a silent nod.

“You have vision, Sophia, you can imagine anything you want for your life.”

Sophia almost laughed; it was as if her mother saw into her mind, saw the images of changing their fate that played within it over and over.

Her mother’s hand squeezed her shoulder. “Just believe it.”