THE MEDICI: A TRUE DYNASTY
THE MIGRATION TO FLORENCE

When last we left the Medici, three generations had lived a comfortable life, a somewhat privileged life, in Mugello thanks to the fame of Medico di Petrone. But there would be born to the family one sprinkled with wanderlust. It is, then, to Chiarissimo di Medici that we go. 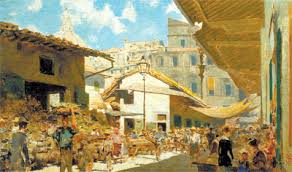 Born in 1167, Chiarissimo immigrated the short distance to Florence sometime in the 1180s. But It did not take him long to inculcate himself among the influential popolo of the city. Chiarissimo used his portion of the family wealth wisely, purchasing property near what is now called the Old Market, where the family would eventually become the undisputed lords of that segment of the bustling city.

But it was not just property in which Chiarissimo invested, and it was not just in real estate in which he wished to make his mark. He used his reserves of wealth to launch himself, and his family, as renowned money lenders. It began with a simple loan to Count Guido Guerra, who would later distinguish himself in the Battle of Benevento, earning himself mention in Dante’s Divine Comedy. 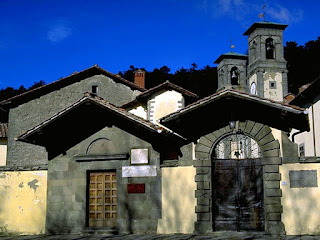 The loan that would bring Chiarissimo his own distinction was that which he made to the Camaldolite Abbey of Coltibono. An ancient monastery in need of severe repair least it suffer extinction, it was Chiarissimo’s loan—Medici money—which brought it back to its former glory. The act brought Chiarissimo membership on the city council in 1201. It was the beginning of the Medici's inextricable link with the governing of Florence. Though there is little known of Chiarissimo’s brother, Bonaguinta, not even his birth or death dates, there are records that show he too became a member of the city council in 1216.

These first steps…those made not only to Florence but as influential citizens of it…made by these brothers, would find even greater glory and fruition in the next generation, in their sons.