To the Medici, Comes the Pivotal Cosimo 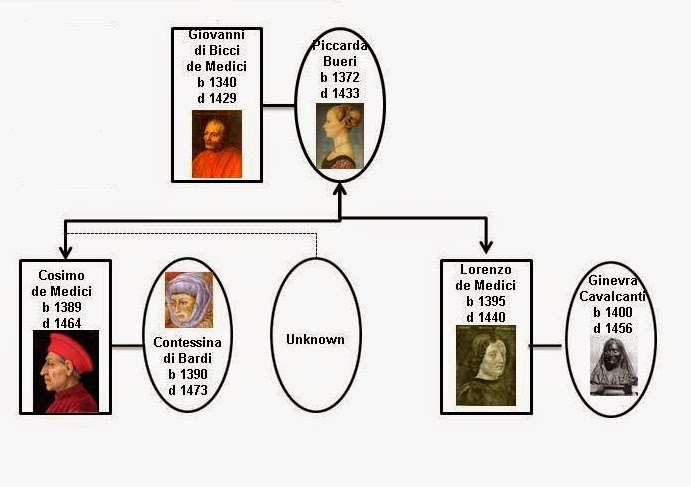 The journey into the lives of the Medici's has arrived at its most auspicious moment. Where previously but
handfuls and handfuls of people in the family could be unaccounted for, indeed unnamed, the growth of the family has come to a man for whom the information is endless. We come to Cosimo the Elder. If Giovanni di Bicci de Medici can be accorded the true financial genesis of this astounding family, then it is Cosimo di Giovanni de Medici who forged it into the political powerhouse it would be, that it would remain, for the most part, for generations. It is Cosimo who set Florence on the path to becoming the jewel of Europe. But such a path was fraught with danger and intrigue as well as glory and rebirth.

Cosimo was born on September 27, 1389. Thanks to the enormity of wealth acquired by his father, as well as Giovanni's open and intellectually curious mind, Cosimo, and his younger brother, Lorenzo the Elder, enjoyed the very best education the late 14th/early 15th century could provide, an education entrenched firmly in the Classical Movement. Developed in the Middle Ages by Marinus Cappella, it was systematized during the Renaissance era by one Petrus Ramus. It was an education configured by the 'trivium:' the study of grammar, logic, and rhetoric; leading to the 'quadrivium:' consisting of arithmetic, geometry, music, and astronomy. In the areas of logic, philosophy, and rhetoric, the curriculum was based, almost in totality, upon the teachings of Aristotle, Proclus, and Plato.It comes as no surprise, then, that Cosimo became a Humanist, one of the first in this era, one of the first to embrace this old/new way of thinking. 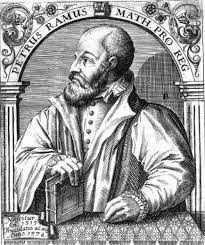 Humanism, in essence, values human beings, individually and collectively, over doctrine or faith. It could be argued that the resurgence of Humanism came from out of the Dark Ages themselves, where religious and clerical authority reigned supreme, preying on the fears of the uneducated wrought by the cultural and economic deterioration of the time period. But as civilization began to evolve once more, such fear-induced imposed authority lost its leverage, given way--giving light--to the reemergence of the Humanist movement.

"Early Italian humanism, which in many respects continued the grammatical and rhetorical traditions of the Middle Ages, not merely provided the old Trivium with a new and more ambitious name (Studia humanitatis), but also increased its actual scope, content and significance in the curriculum of the school and university and in its own extensive literary production." (Paul Oskar Kristeller, Renaissance Thought II: Papers on Humanism and the Arts, New York: Harper Torchbooks, 1965, p. 178).

The Renaissance Humanist movement began in Italy, in the childhood homeland of Cosimo de Medici. It would come to define his actions, his very way of thinking, for good and for bad, throughout his life.

Cosimo's influence and accomplishments came easily and quickly. At the age of 26, he accompanied the Antipope John XXIII at the Council of Constance (the ecumenical council that ended the Three Popes Controversy--The Western Schism--by deposing one, accepting the resignation of another, and electing Pope Martin V). In the same year, Cosimo was named as a Priore of the Republic. He would never serve as Gonfaloniere (governor) as his father had; in fact, a Medici would not do so until well into the 16th century. But it did not mean Cosimo would not rule.

Upon the death of his father in 1429, Cosimo took over the reins of the family, a family already deeply mired in the a political schism taking place in Florence, one that had started almost a decade previous. The city was divided into two factions, one headed by Niccolo da Uzzano and one by Giovanni di Bicci de Medici himself. At the heart of the matter was the question: in whose hands did the true concerns of the city lay? It was, on the surface, a a split between the upper and middle classes, a push-pull that would last for nearly fourteen years. Like his father, Cosimo, though considered the wealthiest man in all of Europe, was firmly on the side of the lower classes, adopting the policy of his family by supporting the poor and lesser guilds over the tyranny of the wealthy families that ruled the city. But like most political controversies, more lay beneath what was clearly visible, and one issue often became an opportunity for more drastic maneuverings. 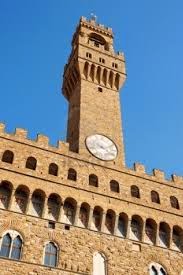 By 1433, Uzzano was dead and Rinaldo degli Albizzi had taken over the ruling of the opposing faction. The Albizzi's mistrust and jealousy of the Medici--their rise to power, wealth, and influence--was a painful sting to the long established Albizzi. Rinaldo took the opportunity of the schism to convince Bernardo Guadagni, the current Gonfalonier of Justice, to arrest Cosimo. For a time, Cosimo was held prisoner in the Torre d'Arnolfo, the tower portion of the Palazzo di Signoria, the government palace. Due to Cosimo's stature, his cell was nicknamed 'the little hotel.'

Though its inconclusive how long Cosimo remained a captive, he was able to turn imprisonment into banishment. But it was not necessarily by choice of those who held him. As legend has it, Cosimo was not released but rather escaped by bribing the cell guard with 300 florins and the Captain with 700, much to his amusement. He is reported to have stated that they were two of the stupidest men in history as he was the wealthiest man in Italy and would have eagerly paid tens of thousands of florins to obtain his release. Cosimo made his way to Venice (a horrific place for banishment, indeed), but 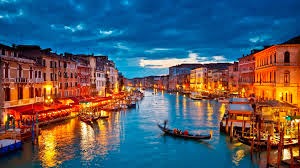 by October of 1434, with a new government, one much more favorable to Cosimo, he was returned. Then his true glory began.

The uncrowned king, the benevolent despot (such a contradiction in terms), though Cosimo never again held a political office, he did, in actuality, rule the city. As C. Hibbert quoted in his The Rise and Fall of the House of de Medici (1974, William Morrow), "Political questions are settled in Cosimo's house. The man he chooses holds office...he it is who decides peace and war...he is king in all but name."

As Cosimo's power grew, so did the depth of his pockets. Taking full control of the Medici Bank, with the help of brother Lorenzo, and all its branches throughout Europe, he eventually took over the management of the papacy's finances as well. His riches were not only in gold florins but in the form of bank and promissory notes payable to his bank in all the pivotal European financial markets. In 1462, his personal wealth blossomed yet further, obtaining from Pius II the Tolfa alum mines monopoly (alum at the time being imperative to Florence's major industry, that of textiles).

His power and influence fully established, Cosimo set about to make changes that would bring Florence to its greatness. He changed the income tax structure, altering it from a fixed rate to a graduated one, placing the heavier burden on the very wealthy (himself included; hmmm, sounds vaguely familiar). Poor citizens and middle class alike came to adore him all the more, especially when the funds were put to use in public projects that brought a better quality of life to ALL of its inhabitants. Cosimo used his own enormous wealth on neoclassical architecture (Michelozzo built the Medici palace as well as the Dominican convent of San Marco). He retained the already famed Filippo Brunelleschi to restore the dilapidated San Lorenzo Church. In Careggi and Fiesole, he built magnificent villas in the contemporary style and paid for the erection of cloisters in the latter village. But his munificence was not limited to construction alone...he founded the vast Medici Library--sharing it with the intellectuals of the age-- and brought plumbing to his great city. He served his dedication to Humanism by establishing an academy for Greek study, The Platonic Academy, an institution also dedicated to translating the works of Plato.

But by far, Cosimo's greatest contributions, those with long lasting echoes resounding to this day, was his dedication to art and the support--both financial  and social--to those who created it. Ghiberti, Brunelleschi, Luca della Robbia, Donatello, Alberti, Fra Angelico, and Ucello...all early Renaissance masters...all artists supported by Cosimo. His love of art would be handed down to his sons and their sons, allowing for the emergence of some of the greatest artists the world has ever known.

For all his wealth, for all the lavishness he plied upon others--citizens of Florence as well as personal guests--Cosimo lived simply and quietly. He dressed modestly, worked long and hard, and never ate or drank to excess. His was considered witty and mild mannered, quiet yet exceedingly brilliant. 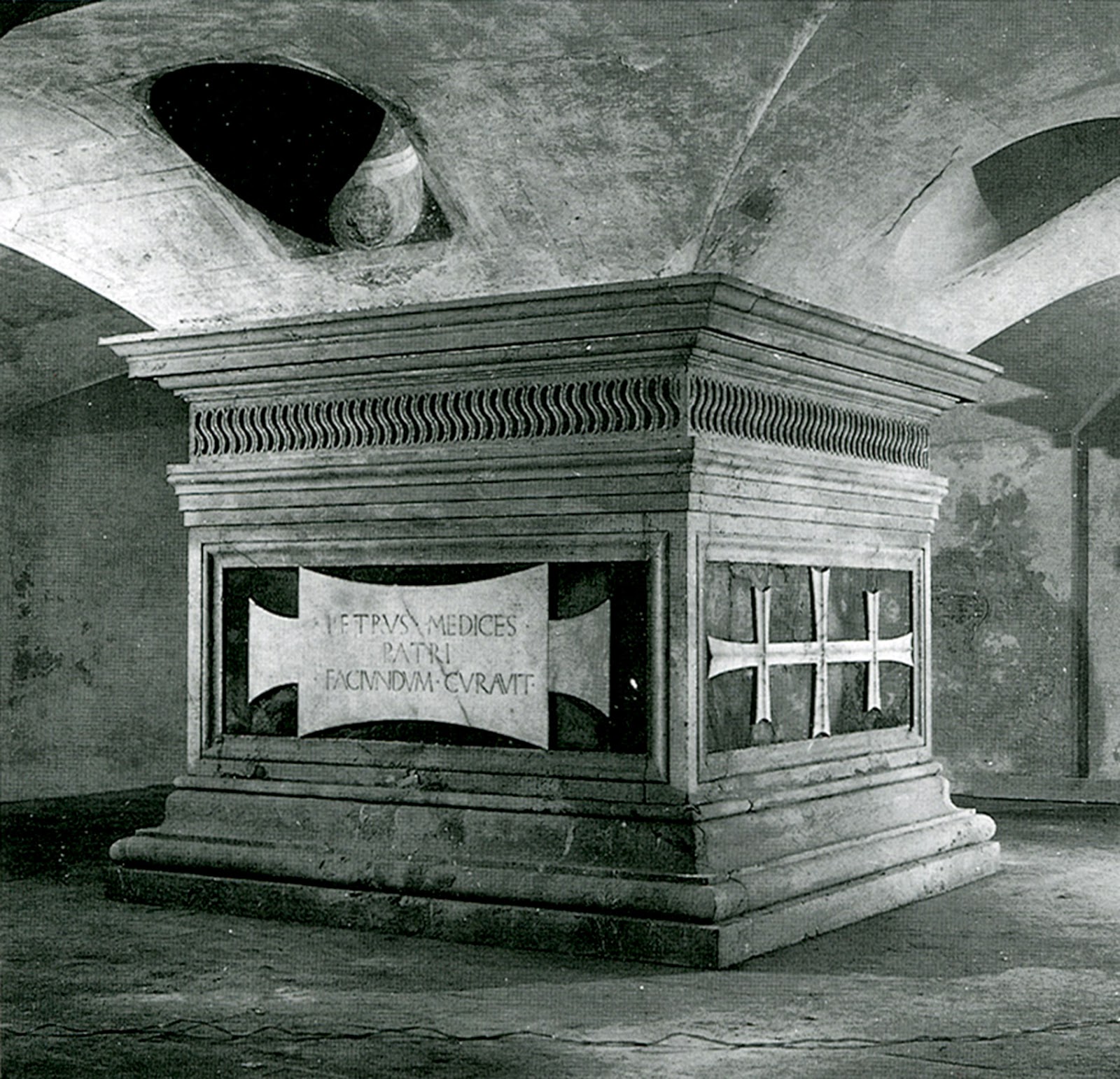 Upon his death on the first of August, 1464, a grateful and loving city decreed that his tomb be inscribed with the endearing title they had given him, Father of the Fatherland, Pater Patriae.