Spend your summer in Florence!
Hang out with Leonardo da Vinci!
So thrilled to share this incredible offer! 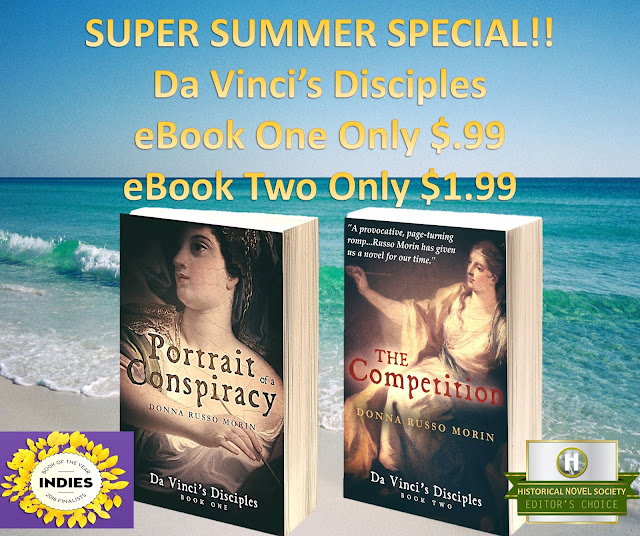 Chapter One
“Inspiration, when it comes, comes on its own terms.”

Specks of sand in a windstorm, eddying about, seemingly chaotic yet cohesive, unified within the calm, unseen core.
They stood apart in the vast crowd and yet together, a feat they had managed to accomplish ever since those fateful days. None could see them and know them as a group; society would frown upon it. Few of their number—in truth, but one—cared little for the caprices of society. Their truth had already rendered it specious. But if their truth were known—the deepest, darkest depths of it—they would all be dead, a brutal death at the end of the hangman’s noose.
The boisterous throng swirled around them, ignorant to the revolutionaries they stood beside. With the crowd whirled the music, the voices, the change in the wind. Some of the women wore jewels and ermine trim, others simple muslin. Only in their smocks were their ranks and wealth negated. They stood united by what they had done, by all they created, and all they hoped yet to create. Such brazenness, such daring, such criminal activity bound them in a way little else could. They were—now and forever—united as Da Vinci’s Disciples.