INSIDE THE WRITERS' STUDY
A NEW SERIES BEGINS 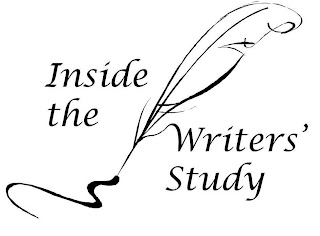 As a fanatical movie devotee, I have concurrently been a huge fan of Inside the Actors Studio since its inception in 1994 with its first guest, Paul Newman. The charming and enigmatic James Lipton, the host of the show, is as captivating and entertaining as the myriad actors he interviews in a very different format than found on normal talk shows, giving a greater look at the performers' work and greater insight into their true selves.

I have always been delighted by a series of questions posed to every guest at the end of the regular interview segment. James Lipton has always given credit for the questions to the French television personality Bernard Pivot, who used them on his show, Apostrophes. But that is NOT where the genesis lies; it resides, rather, in the hands...of a writer!

As it turns out, Bernard Pivot developed this set of questions from a questionnaire answered by the French essayist and novelist Marcel Proust. Proust originally answered this questionnaire while still in his teens, in a 'confession album,' a type of autograph book popular in the late 19th century. The title of that which Proust wrote in is self-explanatory; it belonged to his friend Antoinette (daughter to a future French president) and was entitled "An Album to Record, Thoughts, Feelings, Etc." It has since become a tool for an artist to reveal aspects of themselves and their work outside of the normal 'interview' format. It's modern evolution has been used to reveal the inner depths of the respondent.

How overjoyed I was to find these questions belonged, first and foremost, to a writer. And back into the hands of writers it will go. Inside the Writers' Study will become a regular feature here and will highlight bestselling and award winning historical fiction authors from around the world.

And, what sort of hostess would I be, were I not to put myself to the task to start off the series. Therefore, here I am...Inside the Writers' Study:

What is your favorite word:
Joy

What is your least favorite word:
Can't

What turns you on:
(Besides men dressed as Musketeers...)...the belief that ANYTHING is possible.

What turns you off:
Judgmentalism

What sound or noise do you love:
(For all parents, including myself, the sound of our children's laughter is a given, even though mine are grown men, otherwise...)...the sound of wind sluicing through a tree lush with summer leaves.

What sound or noise do you hate:
A phone ringing

What is your favorite curse word:
When my children were young it was Son of a Biscuit. Now that they're grown men it's Son of a f--king b--ch! (Oh, the times they are a-changing!)

What profession other than your own would you like to attempt?
Actor

What profession would you not like to do?
Dentistry, anything to do with dentistry

If heaven or the after-life exists, what would you like to hear God, The Source (or whatever Deity you may believe in) say when you arrive at the pearly gates?
Come on in; I'm ready to answer all your questions.

(And exclusive to Inside the Writers' Study)
In one sentence, describe your upcoming or latest release:
Francois I's Italian art thief--The King's Agent--and a mysterious woman embark on a quest across Renaissance Italy in search of a painting presumed to possess mystical abilities.
The King's Agent on Amazon

I hope you enjoyed this first edition of Inside the Writers' Study and I hope you'll return again and again for upcoming editions. Keep a look out for Anne Easter Smith, Beverly Swerling, Lauren Willig, Maryanne O'Hara, and many more!