As my latest release becomes the topic of the blogger discussions, a common curiosity rises concerning the coalescence of historical fiction, Dante's Divine Comedy and the video game The Legend of Zelda. I'm thrilled that the majority of feedback has been overwhelmingly positive, including this from the Publishers Weekly starred review: 'Morin skillfully blends historical fiction and fantasy in surprising ways. She draws effortlessly upon influences ranging from Dante to Raiders of the Lost Ark, and the authority of her presentation makes the world she’s created come alive.'

But for those who haven't read it, there is still that skepticism, that skewed look that begs the question: how. I can think of no better concise answer than to give an excerpt, a teaser, if you will. Enjoy!

Beyond the egress, the groans became screams as air rushed at them, hitting them square in the face, pulling the snood from Aurelia’s head, lifting her skirts and Battista’s hair. Aurelia raised her arms as if to block out the sound…defend against the onslaught of wind. Battista squinted to see what lay before them. The walls of the chamber opened up, becoming a long rectangular room with what appeared to be no more than a black abyss awaiting them at the end.

That’s when they saw them. 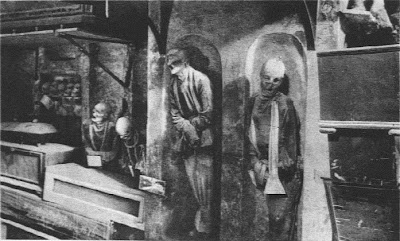 On each side of the room, statues stood guard alongside the walls, tall, pitiable giants. Of dark gray stone stained blacker with mold, their gnarled, open mouths cried out their pain. Whether men or women it was hard to tell beneath the hooded robes shrouding their faces…in the hopeless, helpless expressions they all wore. As the air pummeling them rushed through the statues’ mouths, it scraped against their jagged teeth, the contorted lips, filling the space with the sound of anguish itself.

Battista turned his face away, desolated by the statues’ song, the misery evading him body and soul. Upon Aurelia’s face, now wet with tears, he saw his own heartbreak.

“The sorrow of it.” She hung her head, now curtained by hair unbridled with the force of the wind.

“Don’t weep,” Battista begged of her, for he could not manage her sorrow as well. “It is not—”

She grabbed his hand, eyes bulging out at him.

“Weep. Weep,” she repeated with bizarre elation. “Il Commedia. Your copy. Give it to me,” she demanded. Her own leather-bound volume, that given to her by Giovanni, she had left in her large bag with Frado.

Battista pulled the book from his pouch and gave it to her, watching her as she urgently turned pages, bracing her back to the rushing air, preventing it from sweeping the light tome out of her hands.

Her page flapping held; her intense gaze rose to his face. “We are in Hell.”

Battista longed to laugh at the irony of it.

“‘Here sighs, complaints, and deep groans sounded through the starless air, so that it made me weep at first. I will be your guide and lead you through an eternal space where you will hear the desperate shouts, will see the ancient spirits in pain, so that each one cries out for a second death…’”

She read to him, though there was no need; they had come to the right place, as much as he may wish to deny it. But the first piece of the triptych would not be in this room; it would be folly indeed to think they could overcome this challenge easily.
He took her free hand as she tucked the book to her chest with the other, and led them forward once more. 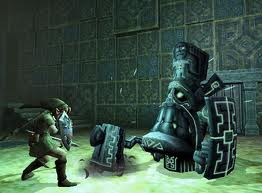 The contingent of screaming statues led them onward, the expanding sound gaining momentum, an audible, devouring torture. Battista hunched his shoulders against the onslaught of sound and air, scrunching his face and eyes.

“Close your mind!” Aurelia yelled over the cacophony, repeating herself at his puzzled glance. “Close your mind to it. Put yourself…your being…in another, better place. You can do it, I know you can.”

She waggled the hand he held in his in encouragement and pulled him to a stop. In their stillness, he contemplated her words. Such a strange suggestion and yet he found his spirit taking flight, returning to his mother’s home, at the table with her and his sister, laughing so riotously as to bring tears to the eyes. He opened his eyes, thanking Aurelia with a smile, wondering yet again of her truth—and stepped forward.