The Case of the Two Clerics 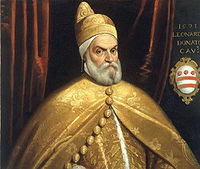 Though the Case of the Two Clerics, as depicted in The Secret of the Glass, could be viewed as a vehicle for derogatory insinuation against certain religions and the actions of its clerics, it is in fact part of Venetian history.

Also referred to in some historic texts as the Interdict battle, the conflict between the Venetian government (La Serenissima) and the Holy See (the governing body of the Catholic religion as led by the Pope) ignited over the legal jurisdiction of two clerics: Scipio Saraceni and Marcantonio Brandolin.

Scipio Saraceni, a canon of Vincenza, had been denounced to the Council of Ten, the law enforcement agency of the Venetian government (similar to a modern day Attorney General) for persistent abuse and mistreatment of his own niece. Saraceni, upon learning of the charges leveled against him, publicly slandered the teenaged woman, further abused her, and plastered filth on her front door. Marcantonio Brandolin, also known as Brandolino Valmarino, a native of Forli and an abbot of Narvesa, faced many charges--those of murder, fraud, rape and every kind of violence against his dependants. Both men had been tried and convicted in the Venetian civil court of crime, rapine, and homicide. And though they were clerics, La Serenissima had not notified the Vatican of the charges, the trial, or its outcome. 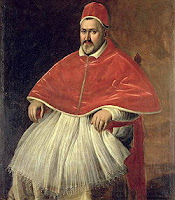 Pope Paul V (born as Camillo Borghese, 1550 Rome, named Pope in 1605), a staunch proponent of ecclesiastical immunities, was outraged when he eventually discovered the treatment of his disciples and immediately set about to bring them under his jurisdiction. The Venetian government of the time, as led by Doge Donato with the guidance of Fra Paolo Sarpi, knew without doubt that were they to turn these criminals over to the Vatican, the criminals would be released from all punishments, sequestered away, to be forgotten in some opulent exile. La Serenissima refused to allow it, no matter the consequence. 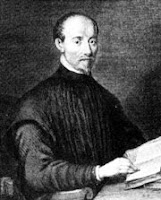 The Holy See warned La Serenissima: comply or face banishment. Venice refused once more. The Pope called their actions heresy, a dangerous word in an age of Inquisition, and the Vatican issued Venice twenty-four days to release their prisoners or face excommunication by Interdict. The Doge and Venice needed but a few of those days. They tightened security on the prisoners, and cast the Papal Nuncio—the Vatican’s ambassador to Venice—from their shores. They further responded with their own edict, warning the clergy of the land: if they refused to worship—if they upheld a portion of the Interdict as issued by the Vatican—they would hang. In fighting a powerful foe, they took up an equally sharp sword.

The underlying issue at the heart of the Case of the Two Clerics, that which was to reverberate for centuries, is found in the slant of the Venetian argument, to separate religious issues from those of government…the separation of church and state.

The Pope and Venice agreed to accept French mediation, though many found it a strange decision by the Pope. King Henri of France (1553-1610) had converted to Catholicism to accept the crown, but he had been a Huguenot, had issued the Edict of Nantes, which provided religious freedom to the Protestants, and had already wrestled with the Pope on such matters. It was of little surprise to anyone when Henri’s decision fell in favor of Venice and lifted all Interdicts.

As factually depicted in The Secret of the Glass, Pope Paul V was determined to seek revenge on Venice, the clergy who defied his edict, and especially the one he believed was the cause for his humiliation, Fra Paolo Sarpi. The attack on Sarpi took place in life as it did in the book, and though it was never proved irrefutably, there was overwhelming evidence that the order for the attack came from the Holy See.

Yes, the Case of the Two Clerics is a true story; yes, it does mirror atrocities perpetrated in our own time. But what should be astounding is not that such events so closely parallel each other, though they may be separated by centuries, but that they still happen.

Next month, the origin and history of the eating and sleeping habits of French royalty…the lever, coucher, and more.